26 Big Ideas That Can Change The World and Counting 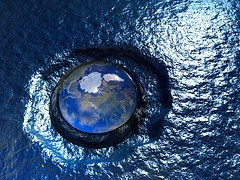 This is a collection of "Big Ideas" that can and may change the world ahead.

Courtesy of Guardian.co.uk and Manchester International Festival's expert panel on the most promising ideas for tackling global warming: